Our January storytellers Deepa Ambekar, Tami Gatta and Andre Medrano brought all the magic for a packed house, and the new tech board gave your hosts the opportunity to show how we handle sound problems on the fly. #WeDontNeedNoStinkinMicrophones

We also shared our GREATBIGHUGEEXCITING news that—starting in February—Tell It: Brooklyn will be happening twice a month!

First Wednesdays at The Fifth Estate

We’re maintaining our same old schedule at same old venue and will still be hosting TiB on the first Wednesday of every month at The Fifth Estate (506 5th Ave btw 11 & 12, Park Slope) where pinball machines ring true and Pacman roams free in the ambient noise of the ancient heating system. Meanwhile, we’re also adding on a brand new night… 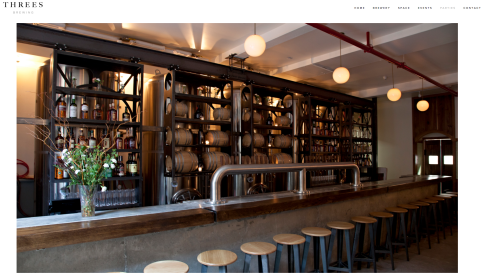 Y’all. We are so freaking stoked about this new venue! Threes Brewing (333 Douglass St at 4th Ave, Gowanus) is an awesome brewpub that produces its own beer AND provides us with a private room. The Tiny Montgomery, it’s called. How freaking cute is that?

We’ve got plenty of room for seating, sweet cocktail tables for your drinks, plus the bar serves pitchers of beer and carafes of wine so you can set yourself up before the show!

Threes Brewing also hosts a new pop up restaurant every  month, so should you want to get your grub on, that’s totally something you can do, too. Seriously, we love this place.

Come Tell It at Tell It!

Since we’ve got twice as many shows, we get to feature twice as many storytellers! Watch out for our calls for pitches on our Facebook page (www.Facebook.com/TellitBrooklyn) or check the Upcoming Shows page for a list of future themes and pitch deadlines.

Of course, if you’ve got a super kickass story that’s just dying to be told on the Tell It stage, send it along! Even if it doesn’t fit one of our themes, we want to see it!

To submit a pitch: write up a quick synopsis of your story including the beginning, middle, AND end—no cliffhangers, please—and send it to us at TellitBrooklyn@gmail.com.

In December, we told 2015 to kiss our collective ass, and now we are freaking stoked to welcome sweet, sweet 2016.

This is our year, goddammit. We just know it. Meet us:

To celebrate our forthcoming fortune, we’re kicking off the new year with an all-star, all-new-to-Tell It: Brooklyn lineup!

And of course, we also want to celebrate YOU! Drop your name in our can for a chance to tell your own true tale onstage. Or, you can just hang out and enjoy ours.

Can you believe a month has passed so quickly? Already, it’s time for another Tell It: Brooklyn and boy, oh boy, have we amassed a phenomenal lineup!

We hand-selected four of the very best storytellers in NYC today just for you!

Meet us July 1 at 8PM at The Fifth Estate for stories from:

Drop your name in our can for a chance at 5 minutes onstage sharing your very own true tale. It’s guaranteed to be a magical night. 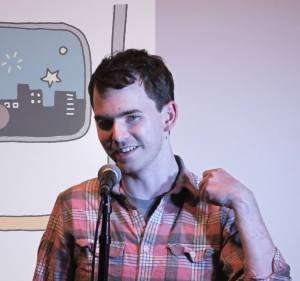 Tim Manley is the writer and illustrator of Alice in Tumblr-land: And Other Fairy Tales for a New Generation, out now from Penguin and optioned for TV by Twentieth Century Fox. His first one-person show will debut at the New York International Fringe Festival this August. It’s titled Feelings, because why pretend it’s about anything else?

Marc L. Abbott is a Brooklyn-based fiction writer, playwright and storyteller. He’s an old-school Tell It’er who’s shared stories on a ton of other stages across NYC including Barbershop Stories, Word the Storytelling Show, The Griot Show, The Lost and Found Show, and others. Marc is currently hard at work on his first solo show. Check him out at www.WhoIsMarcAbbott.com.

Blaise Allysen Kearsley is the creator, producer, and host of the How I Learned series, and has performed stories for The Moth, The Soundtrack Series, RISK!, and Literary Death Match, among many others. Her writing has appeared in VICE, The Nervous Breakdown, Midnight Breakfast, The Weeklings, two anthologies, and some other places a long time ago that are perhaps not worth mentioning by name. Visit her at www.bazima.com.

Nisse Greenberg is the creator and storyteller behind Bad Feelings, Drawn Out Storytelling, and VHS Presents. He hosts VHS Presents monthly with Angel Yau and the other ones he does when he has the energy. He’s probably working on a new project right now. His solo-show “Eighth Grade” was pretty good. He’s been on shows like Story Collider, The Liar Show, Soundtrack Series, Geeking Out, TOLD, Ask Me etc… He likes talking about basketball, but probably has a lot of insecurities around you if you also like talking about basketball.

When we chose, “No God, Please No!” as our theme for June’s Tell It: Brooklyn, we had no idea just how fun it was going to be. Not only did it make for a ton of incredible story pitches, but it’s given us countless, “Who’s on first,” moments whenever we’ve been asked what the show’s about this month.

We’re thrilled to be featuring 5 storytellers who will all be hitting the Tell It: Brooklyn stage for the very first time, two of whom are named Nate(haniel).

We’d love you to come out and meet our new friends.

AKA BigBabyYeezus is a self-proclaimed swarthy Mediterranean demigod—slash—raconteur extraordinaire who’s working on his next solo show, Take Care, which will premiere in New Orleans later this year.

He’s a playwright and director, a member of the Australian sketch group, Middle Brow, and 50% of the hip hop group, Arty Bucco. 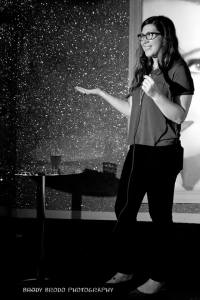 is the host of It’s a Long Story at the Upright Citizens Brigade, and her writing has appeared in The Onion, McSweeney’s Cosmo, and VICE, among others. She’s also co-authored two parody ebooks: Lean Over and Marry Smart OR DIE.

He’s a storyteller whose one man show, “Mommy, Mommy! Look, It’s a Monster!” premiered last year. You can find him on Twitter @NateCocoaBates. 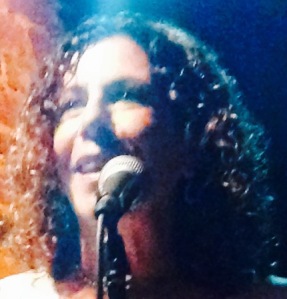 told her first story when she was 4 years old, but back then it was called lying.

She’s a true Brooklynite who’s been featured on Risk!, Big City Stories, and Two Truths & a Lie. You can frequently find her on The Moth StorySLAM stages around NYC.

has three Moth StorySLAM wins under her belt, and has been hailed by the New York Times as “a potential new subscriber.”

When she’s not searching for the next “this will be such a good story” moment, you can usually find her napping next to her daughter, Chloe the Corgi, who’s inherited her mom’s love of sleeping.

Last week, The Culture Trip, New York shared a list of 5 Outstanding Storytelling Venues in New York City and Tell It: Brooklyn totally made the cut!

Thanks to The Culture Trip & Courtney Antonioli. We’re super flattered.